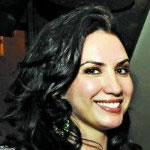 Her Student@Home company won the award from the Information Technology Livery Company at  their annual awards ceremony last week. Student@Home  is  a community based business offering computer help and support to local residents, of all ages, in their own home at reasonable cost.

The  help and support is offered by mature university IT students  from local Universities. This  provides the students with relevant work experience,  while helping many others  with  computer problems, and improving their  skills.

Kelly who is founder and Managing director said she was honoured to accept the award on behalf of herself  and her team of expert and  friendly students.  One of the judges said they were delighted that  Kelly and her team  have been recognised for  their ground breaking work by the ITC industry, and the business impact it will have on society now and in the future.

The awards were presented by some of the IT industry’s biggest names, including Mike Lynch, Founder of Autonomy, Mark Lancaster, Founder, Chairman and CEO of SDL and Mike Tobin, CEO of Telecity, at a celebratory dinner recently at Plaisterers’ Hall in London.

More than 200 people attended the gala ceremony, which is rapidly establishing a reputation as a premier entrepreneur event in the UK’s technology industry.

Kelly said: “It was such a great honour just to attend the event as a nominee along with some of the industry’s brightest stars, but to take home this award is truly special and we are very thankful. Our company is still young and growing and this kind of recognition could not be more exciting or gratefully received. I am also very pleased on behalf of our talented and friendly team of students and would like to take this opportunity to thank them for all their hard work and commitment.”

Recognised as the Oscars of the UK technology industry, ITC Enterprise Awards  was set up by ITC chairman John O’Connell – a hugely inspiring entrepreneur who founded and later sold his company Staffware – to support and encourage those working in the field who have made achievements in the areas of growth, funding, success, recognition, innovation and stamina.

The awards are focused on helping emerging entrepreneurs in tech-enabled businesses plan for their company’s future and, as O’Connell said of the thirty-three finalists on the night: “Tonight, we have proved that the UK can create IT rock stars.”