What drives a young man to violent crime?

By Giles Edwards and Sarah O’Connell 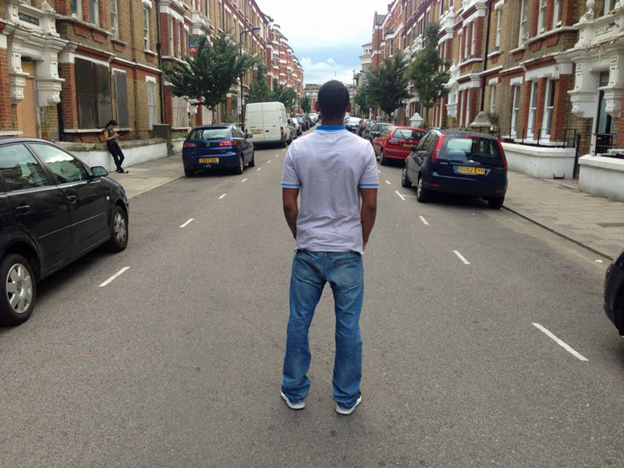 Aaron had family members who were involved in crime

Everybody wants to know what causes people to turn to violent crime. But what can you tell from the family history of a robber?

Imagine a photo of a young man, caught on CCTV, about to commit a crime.

You’ll have seen one yourself – they’re in every newspaper, every week. So often, in fact, that we often just ignore it – turn the page or click on to the next story.

But behind every one of these pictures is a complicated story of a life gone wrong. And these, we rarely hear. What did these criminals think they were doing? What had gone wrong with their lives? Why did no-one divert them from making these terrible decisions?

To answer those questions, you need to look behind the picture.

“Quiet”, “pleasant” and “smile” are probably not the first words you would expect to hear describing someone involved in a violent robbery, but they come up again and again when people talk about Aaron.

In 2008, he was part of a gang which, armed with samurai swords, robbed a shop in south London.

Despite this, he has always been quiet. According to his uncle Chris this reserved side to Aaron’s nature stretches back to his earliest childhood.

“He could have been seeing a lot of things, basically, which most probably made him sort of quiet,” he says. Chris is talking about domestic violence. “There were times when I actually had to run around the house and get my brother away, but he was just too full of drink.”

Worse was to come – the effects of which are still felt today.

“My mum was upset, so she said we’re going somewhere,” Aaron recalls. “I just thought we were going home or to do something.” Instead, Aaron’s mother took him to social services, where she left him with a note which read: “I don’t want him.”

“At the time I remember just looking at her, and she was actually just walking away,” says Aaron. “I remember calling to her, but she didn’t turn round, and I didn’t see her for, I think, a couple of years after that.”

After a week in care, Aaron was taken on by his grandmother, where a more settled life of good food, good music, and close family beckoned. He started playing football, now a lifelong passion, and started at a new primary school – although at the age of nine it was already his fourth.

His teacher, Michelle Spencer-Child, says he was polite and well-liked, but she can still remember the struggle that was already taking place inside him.

“He probably battled with the fact that he knew how he should be behaving because he’s getting these mixed messages in his life, that you’ve got lots of positive influences saying you should act one way – and he was obviously receiving messages in another way.”

Those other messages were a powerful pull, and within a few years, Aaron had followed the example of the older boys he saw robbing phones on the bus, and was also involved in a local gang.

Yet his tragedy was that the bad influences were not limited to the streets. Some of his uncles were involved in crime and had been to prison. Violence had been normalised.

Aaron’s secondary school had not picked up on his slide into crime, and for others trying to warn him off, like his football coach Richard, it was hard going. “Any young male right now who’s got older role models to look on, they’re going to want that kind of lifestyle,” he says. “So if I had flashy clothes, or if he’s seeing big cars and things like that, he’s going to want that stuff.”

Aaron did want that stuff. He was surrounded by a culture of easy money and little responsibility, and it is easy to see how he pushed aside the better angels of his nature. But those better angels were always there. The decisions were conscious. Before committing a crime Aaron would work himself up – locking off, as he describes it, “the care for other people and the remorse”.

Eventually, Aaron overreached, and the police received a tip that the person in that CCTV image was Aaron.

Acting Sergeant Mat Bowles, who arrested him, was surprised at the polite young man he found.

“To be capable of what he’s done you do expect a different sort of person to the person we came across,” he remembers now. But it was not a total shock. For some young criminals, he says, “it’s almost like a job. When they’re doing that crime that’s who they are for that time, and when they’re not committing crime they’re a different person.”

That is exactly how Aaron thought about crime, but now he was behind bars, his thinking began to shift.

“I think I saw the effect it had on my family and the people around me, and not being able to see people. I was always talking to people through phones, being in prison, and when my gran came to visit me sometimes she’d be crying,” says Aaron. 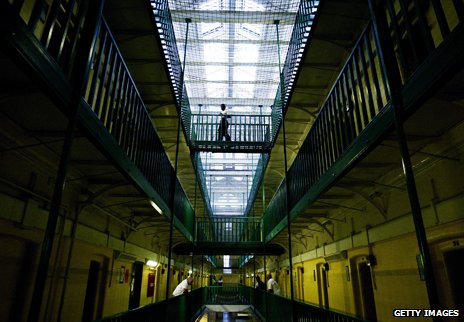 “Aaron came over as someone with quite high levels of arrogance,” she says. “He was quite opinionated on his own behaviour, that there wasn’t anything really wrong or to be challenged on his behaviour.”

Morris helps prisoners alter their mindsets, and her work combined with Aaron’s own change of heart.

“I kind of saw that it’s better to work for stuff and not just take it out of someone else’s mouth,” says Aaron, “because you don’t know how they actually got that. It could have been passed down or they could have worked really hard for it.”

Since he was last in prison, Aaron has stayed out of trouble, has got some extra qualifications and is starting his own business. People who know him best describe a profound change in how he relates to those around him.

Yet he has not escaped his struggle for money, or his surroundings. And in south London, where he still lives, the swirl of chaos and violence which was so much a part of Aaron’s life is never far from the surface.

Aaron needs to walk a tight line, as so many other young men like him do.

Before The Mugshot is broadcast at 20:00 BST on BBC Radio 4, on Tuesday 27 August

via BBC News – What drives a young man to violent crime?.